On March 16 at 8 pm, 190 visitors joined us in Pupin Hall to hear from Dr. Gurtina Besla, an expert in predicting the past and future trajectories of galaxies interacting with our own Milky Way galaxy with special emphasis on the Large and Small Magellanic Clouds. She showed us results from her research that have yet to be released indicating the exact manner in which the Andromeda Galaxy and the Triangulum Galaxy will interact and merge with our own galaxy eventually forming a new galaxy: "Milkomeda". Attendees were wowed by the ability for theoretical astrophysicists like Dr. Besla to predict the future of our galactic environment up to 8 billion years from now.

After the amazing lecture, visitors were treated to glimpses from our 3D Wall, a discussion of Astronomy Pictures of the Day, or a tour of our rooftop telescope facilities. Unfortunately, the clouds and haze prevented us from having a view of the heavens this week, but we cross our fingers for future Public Observing nights, the next one scheduled for March 30. Join us then!

March 2: To the Moon on a Budget 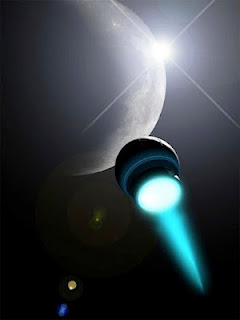 On Friday, March 2nd Columbia Professor Arlin Crotts discussed the history and status of the exploration of the moon. Starting with robotic and manned missions in the 1960's, Prof. Crotts explained how America's space program was a symbol of national pride and a major "battlefield" in the Cold War with the Soviet Union. In the 1970's and 1980's, after the Apollo program was shutdown, there was a long lull in lunar exploration, leading to major scientific questions, which are only beginning to be answered now due to a resurgence over the last decade in the number of robotic missions to the Moon. Prof. Crotts proceeded to give the current status of NASA's investment into lunar science, as well as the status of some private ventures to send robotic missions to reach the Moon. The talk concluded with some of the ideas from Prof. Crotts's upcoming book on lunar exploration, about how future lunar missions may not only be scientifically beneficial but also profitable.

The lecture was followed by some excellent questions from the 85 attendees, especially by several keen younger audience members. Unfortunately, the weather did not permit observing with our telescopes, but we gave tours of our Rutherford Observatory, showed 3D movies with our 3D projector, and showed Cosmic Collisions, an astronomical movie put together by the American Museum of Natural History.

--Jeff
Posted by Columbia Astronomy Outreach at 5:57 PM No comments: