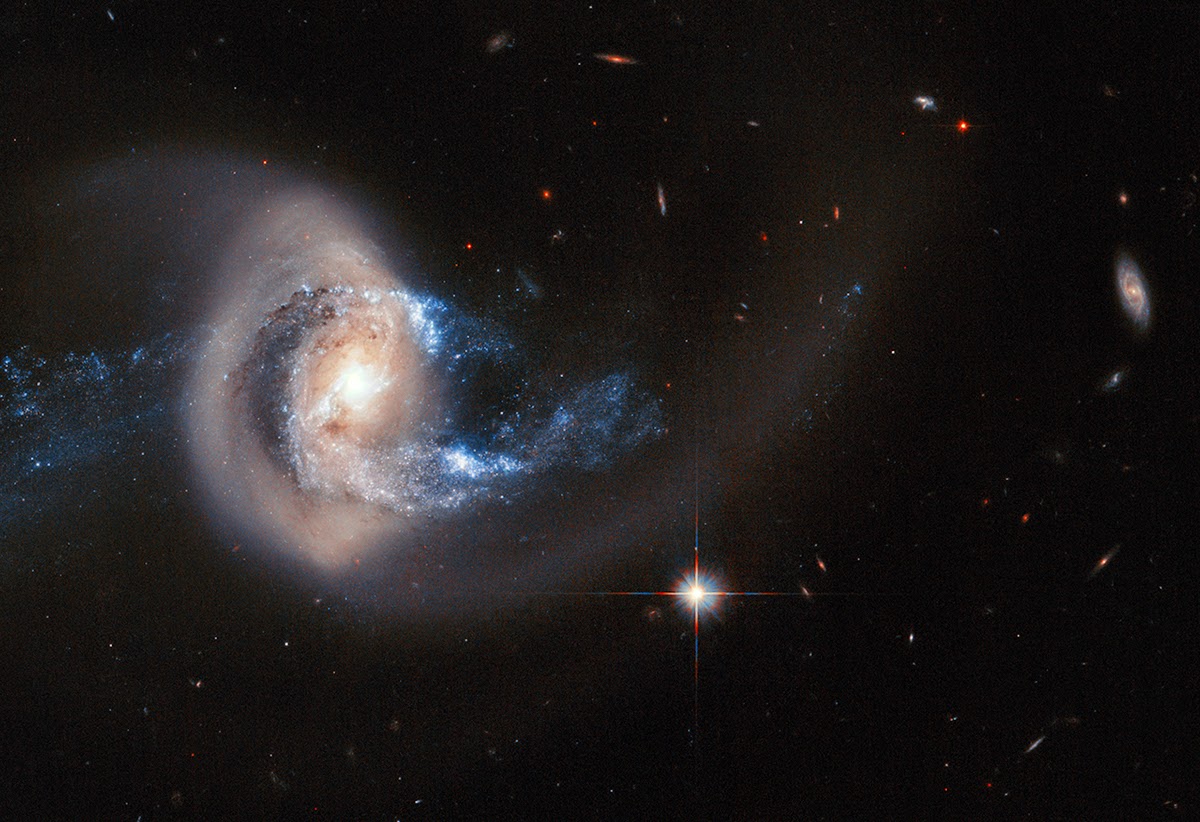 It was a pleasure to have Dr. Rachel Rosen, Assistant Professor of Theoretical Physics at Columbia University, give a lecture on the New Developments in Gravity. Dr. Rosen is an expert in areas of research pertaining to field theory, cosmology, and particle physics. She is recognized for her contributions to the theory of massive gravity, a modified theory of gravity. In the lecture, she explained to us that the currently accepted standard theory of gravity is Albert Einstein’s general relativity. In this theory, the graviton (the particle responsible for the force of gravity) is a massless particle. However, Dr. Rosen stated that people have been interested in whether or not it's possible to modify this theory of gravity, particularly at large distances. One way to do this is to give the graviton a mass and make it a massive particle. Recently, it has been shown that it is possible to have theoretically consistent theories in which the graviton has a mass. The recent discovery of dark energy and the associated cosmological constant problem has prompted investigations for long distance modifications of general relativity. Dr. Rosen believes that making the graviton a massive particle may lead us to understand natural phenomena like the observed expansion of the universe.

After the main lecture, graduate student, Stephanie Douglas, gave a brief talk on star-forming regions in open clusters.  She showed images of open clusters such as Trumpler 16, Pleiades, Hyades, Alpha Persei, all ranging in age between 500,000 and 680 million years. Stephanie explained how some of the open clusters have regions that glow differently in different parts of the light spectrum (i.e., visible versus infrared).  She explained that when look at regions obscured by gas and dust in at different wavelengths we can pick out areas where stars are being formed.

After the lecture, audience members headed up to the roof to see the Moon, Jupiter, and the Orion Nebula. Graduate student, Adrian Price-Whelan, set up a digital SLR camera in the Big Dome to demonstrate how it's still possible to see faint sky objects, even from the heart of New York City. The image below was taken through our 14" Meade telescope. 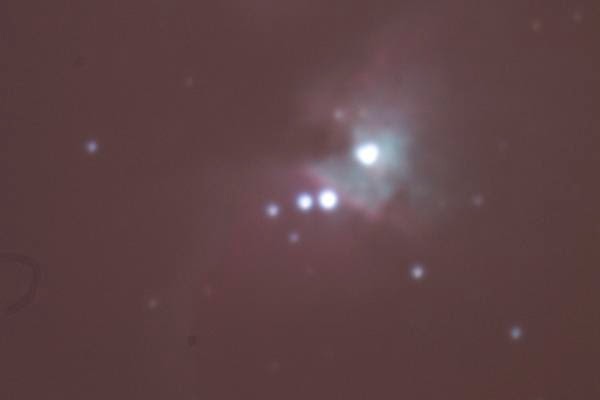 Posted by Columbia Astronomy Outreach at 3:01 PM No comments: 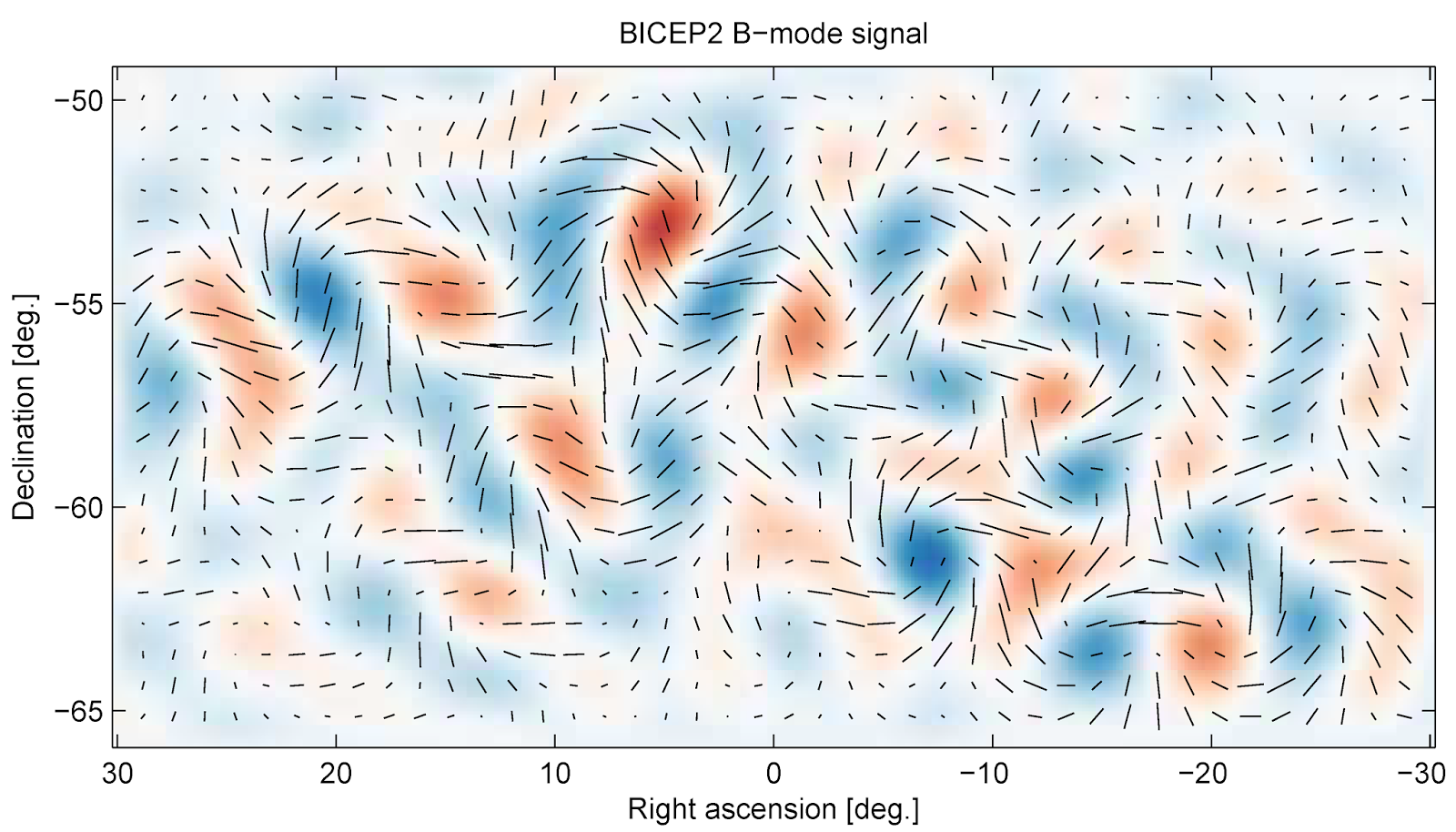 Tonight Princeton post-doc, and cosmologist, Renee Hlozek explained what light can tell us about the early universe. She showed us this map of light from the early universe, called the Cosmic Microwave Background, which is almost entirely uniform - the temperature fluctuations shown are only a few parts per million. But such uniformity, along with the observation that the universe appears perfectly flat, was a problem for theories about the universe's beginning.  For the temperature fluctuations to be so small, every part of the universe must have been in contact at the beginning. Renee used the example of communication across the big lecture hall - if she asks the person in the front row what the favorite band is of the person in the back corner, the front row person won't know unless she has talked to the other person.

So scientists came up with the theory of cosmic inflation, which explains the Cosmic Microwave Background very well. But Renee also told us that scientists don't want their theories to simply explain existing data - good theories also make testable predictions for future observations.  And inflation theories predict that we should see a particular type of polarization (the orientation of light rays as they reach our detectors) that isn't produced by any other object in the universe. So if we detect that type of polarization, called B-modes, then we have good evidence for inflation!

Many experiments are studying the Cosmic Microwave Background, and last year one of them announced that they had detected B-modes, but a leaked press release for tomorrow indicates that their supposed detection was probably due to interference from dust in our Galaxy. Renee told us that this is a product of good science - the scientific method involves checking your own and other people's work, to make sure results are accurate.  Renee works on a collaboration using the Atacama Cosmology Telescope, one of many experiments studying the Cosmic Microwave Background. She showed us a picture of the telescope, and also of four women who built one of its instruments. Another instrument currently being added to ACT will also look for B-mode polarization - it may still be out there!

After the main lecture, graduate student Andrea gave a short slideshow on a few asteroids and comets that have passed by Earth recently, and undergraduate Erin showed movies on the 3D Wall.  Graduate students Adrian, Jose, and Emily, along with undergraduate Rasmi, braved an extreme wind chill to let our attendees see Jupiter and the Moon from two dome telescopes on the roof.

-- Steph Douglas (graduate student)
Posted by Columbia Astronomy Outreach at 11:54 AM No comments: