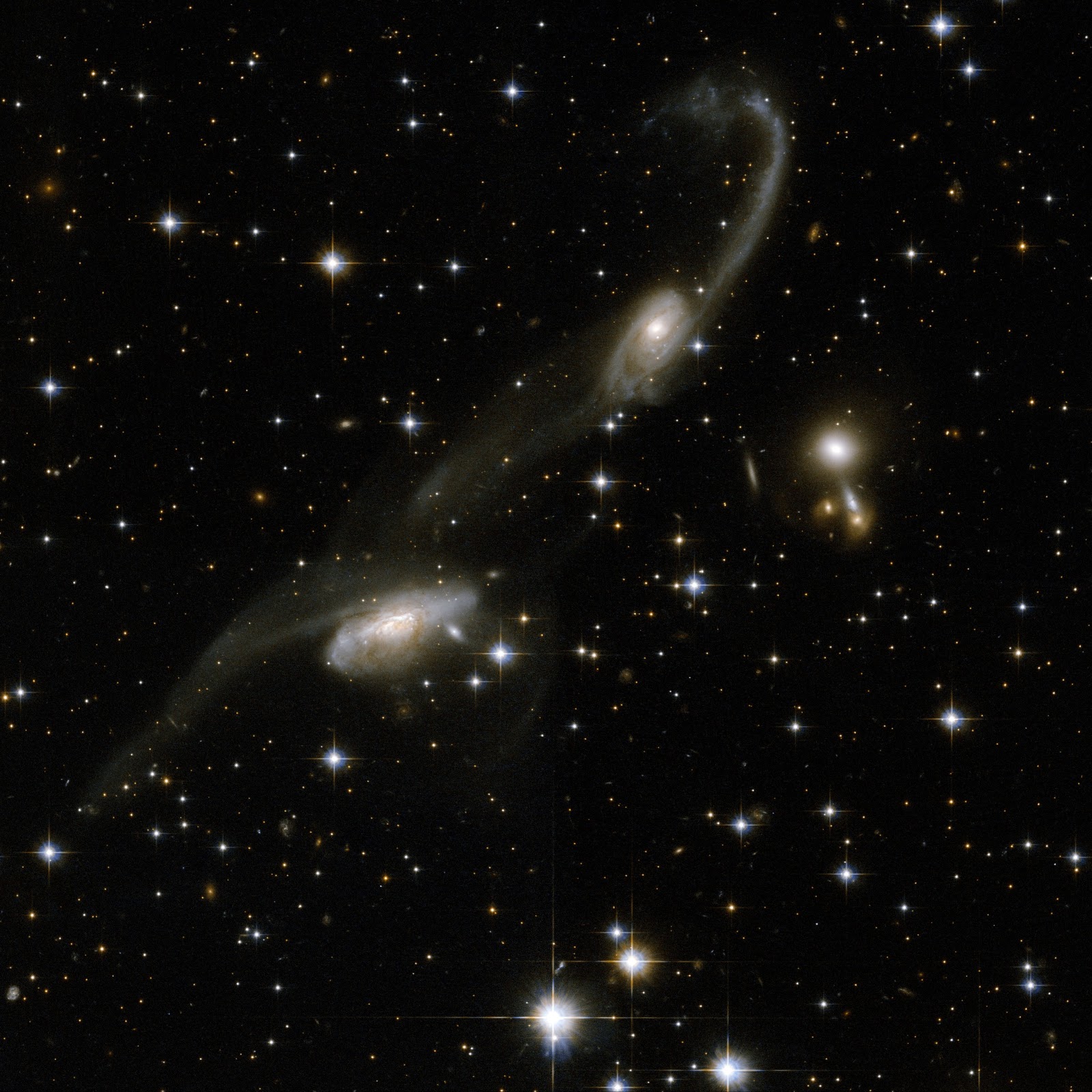 On November 30th, about 100 people joined us to hear Columbia Astronomy Professor Jacqueline van Gorkom talk about how galaxies are influenced by their surroundings. Professor van Gorkom is a radio astronomer and does extensive research on galaxies. She showed us how strikingly different galaxies look in dense clusters of galaxies compared with fields. She explained that when a galaxy enters a galaxy cluster filled with hot intra-cluster gas, the cold gas inside the galaxy gets stripped out of it and thus star formation is quenched, which changes the color of the galaxy from blue to red. The audience raised a lot of interesting questions about galaxies and gravity.

After the talk, some people went to see the 3D movies on the 13th floor shown by Columbia undergraduate student Gladys Velez-Caicedo. Unfortunately, the sky was not clear on Friday, but Columbia Astronomy graduate students Adrian Price-Whelan and Jenna Lemonias gave a telescope tour to a group of people on the roof of Pupin. In the lecture hall, graduate student Yuan Li presented a slide show on spiral galaxies and Dr. Jana Grcevich talked about the Big Bang and the expansion of the universe.

Join us on December 14th for the last event of this semester: a panel discussion on Life, the Universe, and Everything!

--Yuan
Posted by Columbia Astronomy Outreach at 4:52 PM No comments: