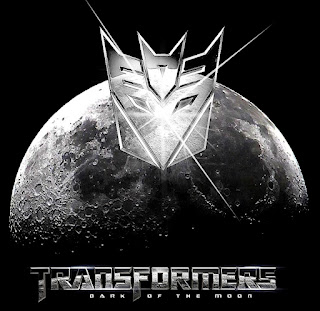 On June 29, 2012, approximately 70 people came to see "Transformers 3: Dark of the Moon" in our third installment of our summer science fiction film series. The movie has most of the main cast return from the previous movies with Optimus Prime leading the way. The plot involves a government cover-up dealing with the real objective of the Apollo Moon missions and the space race with the Russia. In the movie, we find out that evidence that we are not alone is cemented in the Apollo 11 mission where they (implausibly) travel to the "dark side" of the Moon to examine an alien crash site. Once the Autobots find out that their long lost leader from the Cybertronian War crash-landed there, Optimus goes to revive Sentinel Prime, and as the plot ensues, finds out that he was betrayed by Sentinel to take over the Earth and use humans to restore Cybertron through slave labor. To accomplish his goal, Sentinel deploys a set of teleportation devices he created called "pillars" around the world with the help of the Decepticons. However, at the last minute, Optimus Prime and others are able to stop Sentinel and save mankind from eternal enslavement.

After the movie, PhD candidate in Astronomy, Duane Lee, talked about two scientific theories related to the movie: tidal-locking in relation to the origin of the Moon, and teleportation in the context of current research and future technology. The attendees enjoyed the movie and had many questions about tidal-locking of the Moon's orbit.

Join us for our next event when we screen "Waterworld" on July 13th followed by a discussion of the science of global warming.

--Duane
Posted by Columbia Astronomy Outreach at 6:50 PM No comments: