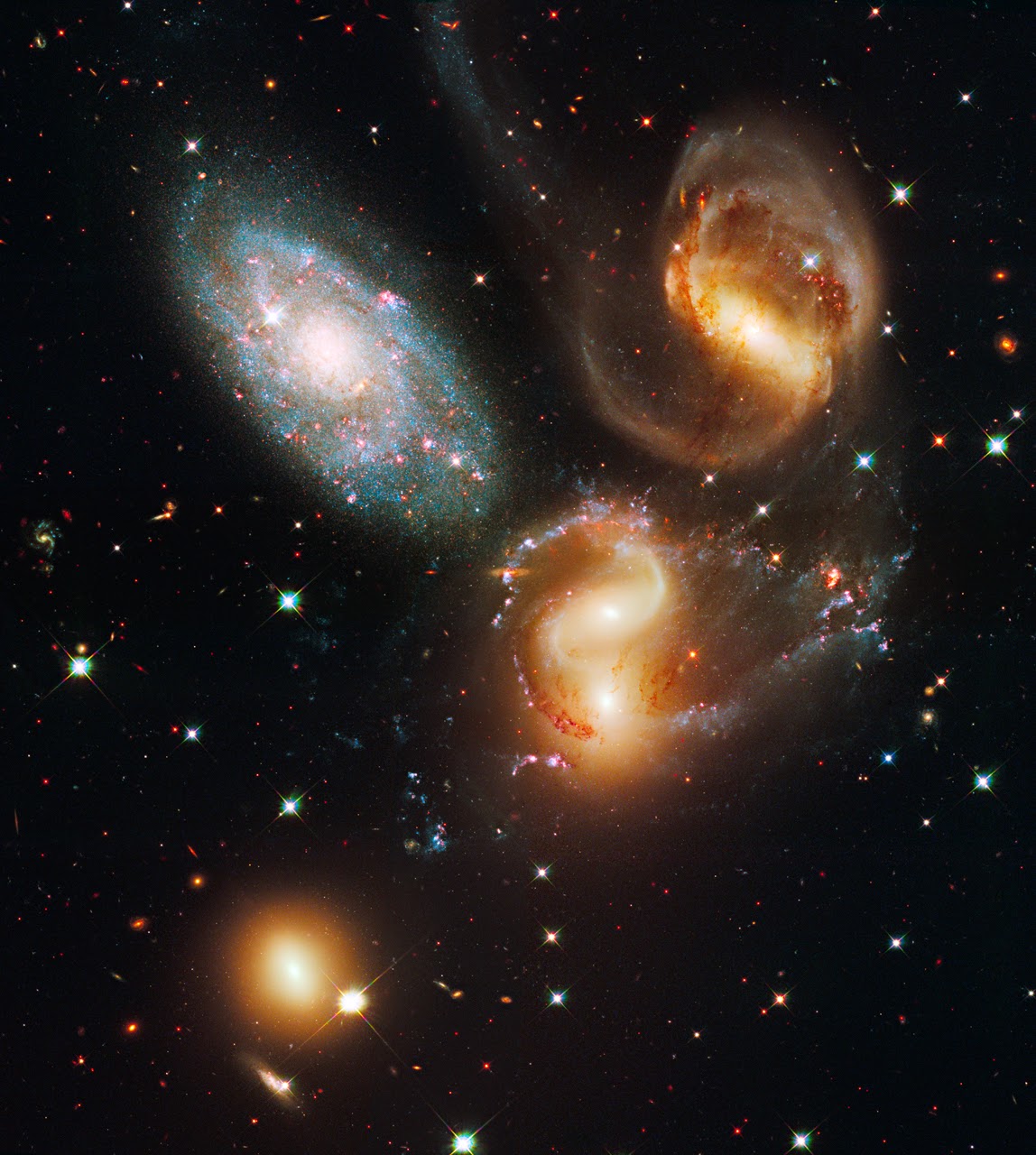 Tonight Adrian Price-Whelan, Columbia graduate student and National Science Foundation fellow, showed us how he has used simulated galaxies to compose original music. First, he had to describe the basic shapes of galaxies an how stars move inside them since the motions of stars are the basis of his method. Starting with spiral galaxies, we heard about their three main components: a flattened disk of stars moving in orderly, almost circular orbits around the galactic center, a spheroidal bulge at the center of the disk where stars move in every direction with nearly random orientation, and an outer halo which surrounds the disk and spheroid, spanning an enormous volume but containing only 1% of the stars. The shapes of these spiral galaxies were contrasted with that of ellipticals, which are generally more "bloby" and whose stars move mostly with random orientations which are quite unlike the most prominent largest components of spiral galaxies, the disks themselves. Despite their relative featurelessness, ellipticals are typically triaxial - that is, they have different extents in different directions, which leads to a variety of orbits with different shapes including long-axis tubes, short-axis tubes, and box orbits.

To turn galaxies into synthesizers, Adrian built a computer model of a galaxy of each type and populated them with stars. Each star moves with specific frequencies, both in and out from the center of the galaxy and around it; these frequencies were mapped onto scales, with low notes corresponding to short-axis tube orbits of the elliptical galaxies and halo stars of spiral galaxy, mid-tones made by the disk and long-axis tube stars, and high notes produced by box orbits and stars in the spheroid. As the simulation advances the stars ring their notes in a manner similar to plucking a guitar string, while encoding actual physical information about the shape of the galaxy they orbit in to sound. You can listen to his compositions over on Soundcloud: spiral galaxies, elliptical galaxies.

Following Adrian's talk, Columbia graduate student Emily Sandford presented some slides describing variety of Earth-Sun-Moon arrangements and how they lead to solar and lunar eclipses, which then smoothly transitioned into a discussion of the Kepler space telescope since it uses a very similar principle to find planets around other stars - it precisely measures the dimming caused by an extra-solar planet passing between its host star and the Earth. Upstairs, undergraduate Gladys Velez-Caidedo and post-doctorate researcher Shy Genel ran the 3D wall, illustrating a wide variety of astronomical phenomena.