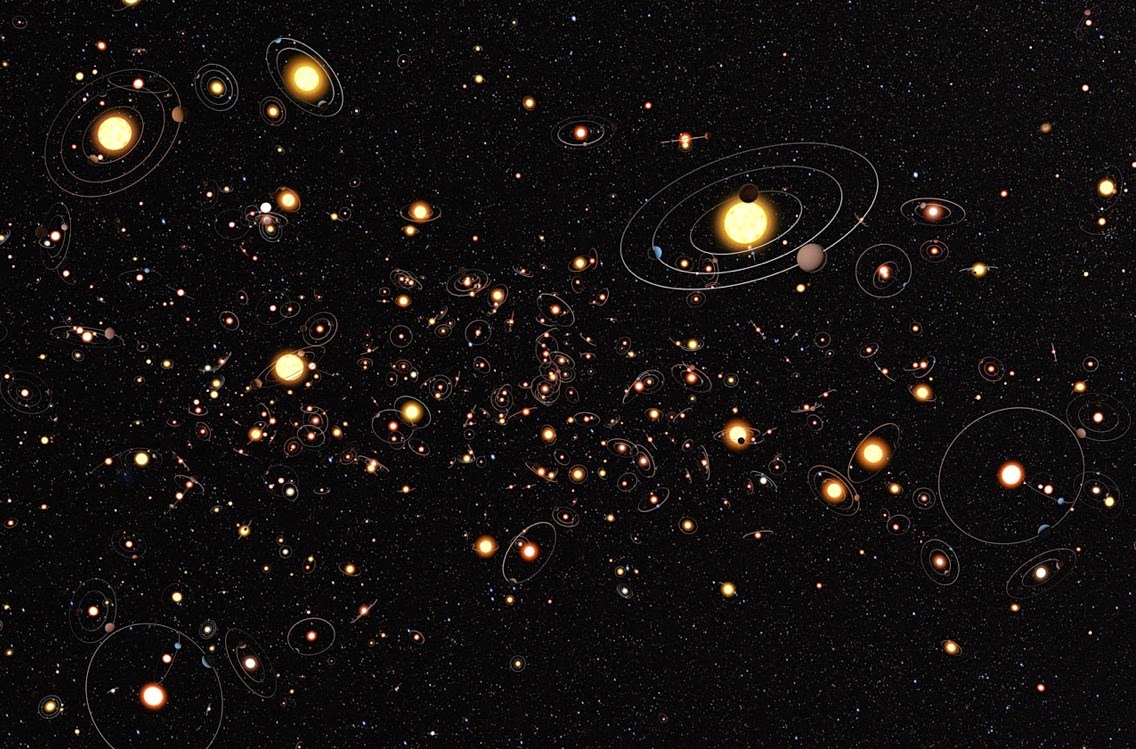 Less than ten years ago, astronomers only knew about a handful of planets orbiting stars besides our Sun, and all of those are nearby.  But the Kepler spacecraft has changed all that; Kepler scientist Lucianne Walkowicz told us how the telescope has revolutionized exoplanet studies.  Kepler spent 4 years staring at one specific patch of the sky, looking for planets around stars near and far.  Kepler exponentially increased the number of known exoplanets, and found many that are thousands of light years away.

Kepler searches for planets by watching for slight brightness changes caused by a planet traveling in front of its host star. This method easily detects large planets that are close to their host star, but Kepler has also found a bunch of smaller planets (between Earth-size and Neptune size) orbiting at larger distances. Although the larger planets are easier to find, it looks like planets a little bigger than Earth may actually be the most common type of planet in the galaxy! Lucianne told us that although Kepler's main mission has ended due to a mechanical failure, the telescope will likely keep operating in a new observing mode to search for exoplanets around even more stars.

Clouds prevented any roof activities, but volunteers Jennifer Weston and David Hendel provided tours of the observatory and volunteer Claire Ding showed movies on the 3D wall.  Volunteer Alejandro Nunez also gave a short presentation in the lecture hall about the electromagnetic spectrum.