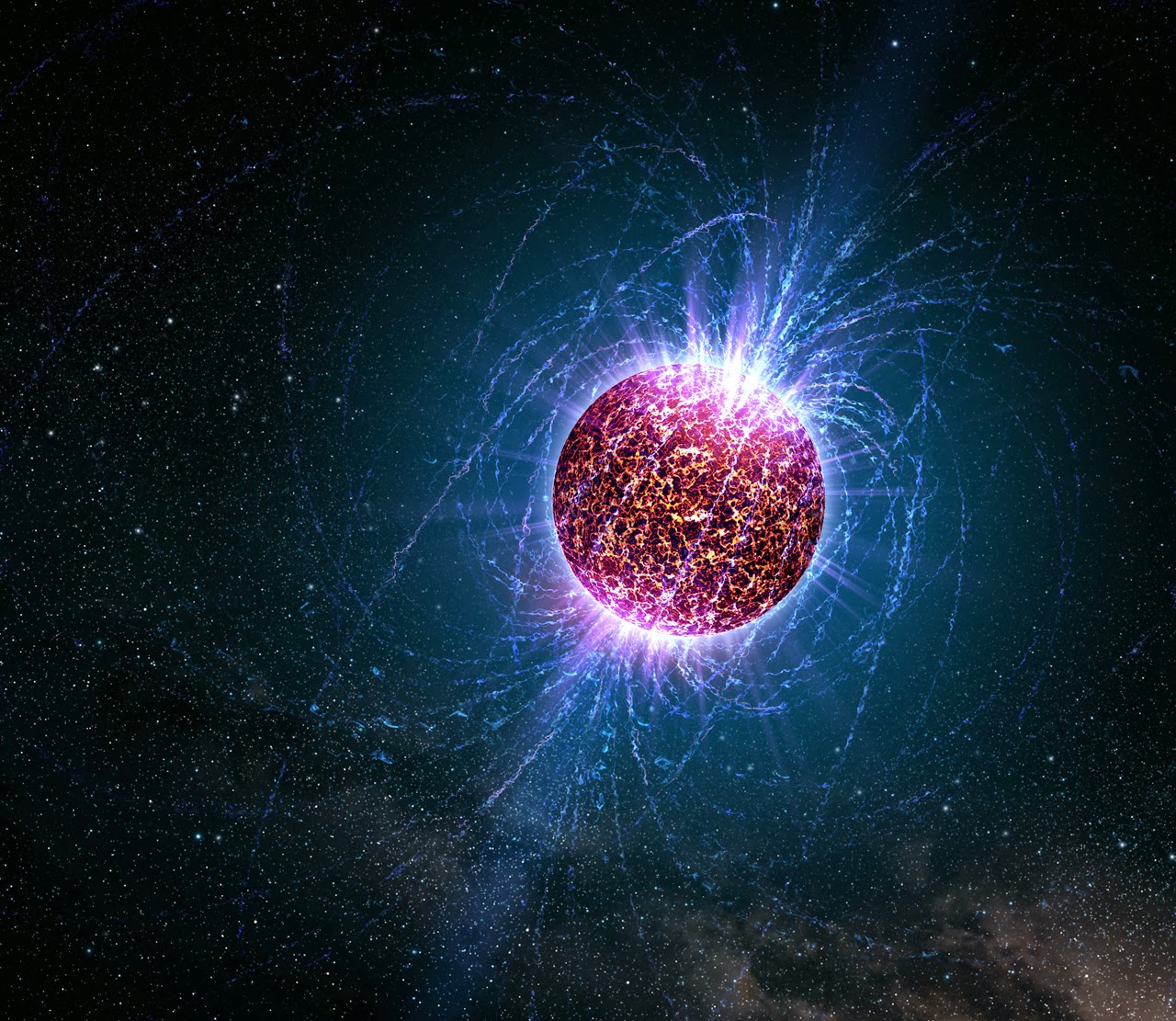 This past Friday, Slovko Bogdanov, a research scientist at Columbia University, gave a great talk telling us all about neutron stars. While stars are kept from gravitational collapse by the burning of their nuclear fuel, when this fuel source runs dry, look out! The resulting supernova can outshine the light from an entire galaxy. Neutron stars are the result of this process -- when a massive star collapses, the remainder is so compact that it can fit the mass of the Sun into a star the size of Manhattan. We looked at a number of supernova remnants and learned out about the discovery of fast spinning pulsars. We also learned about an event in December 2004 where a starquake in a magnetar (a highly magnetized neutron star with magnetic fields more than 100,000,000 times stronger than anything scientists can create) released a blast of gamma-radiation so strong that it had the same ionizing effect on our atmosphere that strong solar flares do -- but from a distance of 50,000 light years. Yikes!

Afterwards, Columbia Post-Bac David Jaimes gave a slideshow on the recent Rosetta Mission, where after 10 years, we successfully landed a probe on Comet 67P. He showed us some gorgeous close up images of the comet, and described some of the science behind this amazing feat of engineering. Others wandered to our 3D-wall, where we screened several different movies showing simulations of colliding galaxies and more. Up on the roof, the skies were clear and we had clear views of Jupiter, the moon, and the Orion Nebula with our Big and Little Dome telescopes.